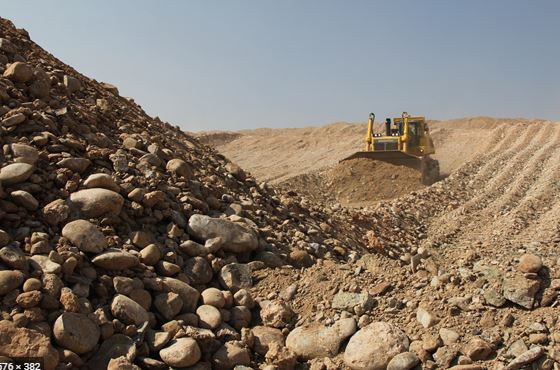 There was cracking news from Kazera Global this morning concerning the progress being made at its diamond mining operations in South Africa and the prospect of early cash flow. In a nutshell, diamond production is underway with the first sales receipts to be booked in the fourth quarter. Apparently, the gravel mined is of a higher grade than expected and diamond prices have proved resilient despite the COVID-19 epidemic. It could not be better news in the early days of this new operation which is intended to put so much into play at the company.

Kazera is an Africa focused mining investor which owns a high-grade tantalum project in Namibia. As yet, commercial production has not been achieved at the mine due to a lack of water. A 13km pipeline from the Orange River would solve this problem. In recent months, the board announced a transformative deal which took Kazera into diamonds and heavy mineral sands (HMS). The plan is that the potential cash flows from diamonds and HMS will provide the funding runway to fully develop this large-scale world class tantalum opportunity. That would create a pathway to material cash generation with tantalum being one of the world’s most in demand commodities through its use in rechargeable batteries.

This morning investors are witnessing evidence that this process is really beginning in earnest with early cash flow from the diamond operations expected well before the year-end.This near-term production and revenue generation comes from a secured untouched mining block of beach and marine gravels at the well-known diamond operation at Alexkor in South Africa. This state-controlled mining area has produced 10 million carats of gem quality diamonds since 1928.

Progress on the ground has been pretty impressive with the initial operations focussed on areas where the management expect to have a high diamond content. At the Cliffs East Mining Site, in all, something like 33,000 tons of overburden at the Cliffs East Mining Site has been removed from the inland diamond deposits at Blocks CL284, CL286 and CL288, which has left around 3,800 tons of diamond bearing gravel.

This gravel has been mined and is now going through field screening to ensure that only gravel containing diamonds is trucked to the processing plant for final diamond recovery. Initial evaluations by the team on the ground are rapidly suggesting that the diamond content will comfortably exceed the average predicted grade of 6 carats per 100 cubic metres. We expect circa 300 carats with an average net sale price around $270 per carat – not bad for first month’s production.

These diamond mining operations are being developed in Kazera’s subsidiary Deep Blue Minerals (DBM). On the ground, the team seems to have a achieved a lot over recent months. Firstly, site offices have been built which includes a supply store and rest room have now been built and site establishment works which comply with government regulations have been completed. Secondly, DBM has acquired its own contract for the mining of land-based diamonds, which means that it is no longer mining these under a subcontract.

At the time Dennis Edmonds, Kazera Executive Director managing the Alexander Bay projects was quick to point out that: “I am very proud of the way in which everyone has pulled together in these very trying times. It is a real testament to the quality of the team to have got into the full swing of production at the same time as getting the site fully established and achieving all other milestones whilst remaining comfortably within budget. We are excited by what the auction process will deliver.”

As we mentioned in our well received initiating coverage research report HERE, DBM needed to elect Black Economic Empowerment partners (BEP) to acquire a 27% stake in DBM as required under SA laws. For this deal, a valuation was needed on DBM. A valuation of £6.6 million was placed on DBM and which we point out is in excess of the current market cap alone – this is a real world valuation with the loan bearing interest at 3.5% above the UK base rate and will be repayable from fees and dividends. In essence the Tantalum side and HMS operations are presently in for free at the current market cap.

This looks to be a very exciting time for Kazera which has very recently become a diversified resources company where its fortunes are no longer be dependent on a single asset in a single jurisdiction where a shortage of water has stymied production. Kazera’s tantalum asset seems to be highly undervalued by the market which is still saddled with a shell company style valuation. Now that diamond production has commenced, the company has moved decisively into the all-important revenue generation stage.

As we wait news on the award of the HMS licence which in itself we believe is a company maker, and hoped for progress on the key tantalum side, at the current price of 0.65p we reiterate our Conviction Buy stance.

RISK WARNING & DISCLAIMER Kazera Global is a research client of Align Research. Align Research & a Director owns shares in Kazera Global and are bound to the company’s dealing policy ensuring open and adequate disclosure. Full details can be found on our website here (“Legals”).