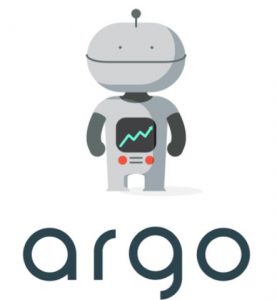 Shares in Argo Blockchain have slipped back from recent highs of 11p to just 6.6p at the close of play last Friday, mainly following the retracement seen in the main driver of the company’s revenues – the price of Bitcoin. We hope followers of us on twitter took advantage of our call on Friday to add to Argo as per HERE. We had no idea that the cryptocurrency would put on a near 50% increase at the peak on Friday eve back to just under $10,500 but hey, we’ll take that luck! To illustrate how profitable Argo remains at current Bitcoin levels we have revisited our financial model.

The update on the 8th October revealed the following key points:

1. The mining margin was declared at 73% – making Argo one of, if not the most, efficient miners in the world.

2. The revenue of £3.63m was on 6,000 Antminer machines and management confirmed that they expect to install a further 6,000 before year end.

3. Extremely welcome from our perspective as one of the largest non management shareholders, Mike Edwards confirmed the conversion of the mined bitcoins into fiat currency on a regular basis. The market seems to have missed this completely as it means that the volatility in bitcoin and the seeming 1:1 correlation with the cryptocurrency should not be seen in Argo as they “smooth” out the bitcoin price variation. We believe this is a precursor to management’s intention to pay out dividends commencing in 2020 first half.

4. Management reiterated their intent to become the largest publicly listed miner next year.

Plugging in a price of $9,000 to our model for October 2019 (and holding all other assumptions constant) shows that the company remains highly profitable, making a mining margin of 74%. Mining margins show profits from mining activities, less power and hosting costs. Such high margins can be achieved as compared against industry peers as Argo has a long-term contract with Canadian data centre provider GPU.One for cheap electricity and significant expertise in configuring hardware infrastructure. Looked at another way, given its current set up Argo breaks even at a BTC price of around $2,300.

Our updated model shows that Argo now trades on a multiple of just 5.2 times 2020 forecasts. More pertinently however this falls to just under 1 on an ex-liquid assets (cash + crypto) basis. An 8 times PE multiple for the year (which we view as conservative we would add), added to forecast cash and crypto, would suggest a fair value price of 15.44p. On the updated figures we still believe that a total dividend of around £2.58 million could be paid for 2020 (albeit on a higher payout ratio than previously assumed) meaning that our yield based target of 14.62p holds steady.

As previously discussed, during H1 2019 Argo committed to purchases of £18 million worth of additional mining gear which, as stated in the recent Q3 update, puts it on track to have an installed base of c.12,000 mining machines by the end of 2019, representing a total hashing capacity of 505 petahash.

An additional 50MW of power capacity agreed in recent months with GPU.One will allow Argo to run up to 15,000 more mining machines concurrently, taking its total Bitcoin mining capacity from 505 petahash, to 1.36 exahash, and which would make Argo the largest publicly listed crypto miner in the world – management’s stated goal. We make the key point that these machines have not been factored into our financial model, providing material upside potential should finance be found for the new machine purchases. Further blue-sky upside potential comes should Argo’s valuation rise in line with its efficiency ratio against peers, with our calculation of 73.71p being some 11 times the current price.

Should the market not realise these values in the short-medium term we continue to maintain the belief that Argo is likely to be an acquisition target for one of the more highly valued listed peers, especially given the higher efficiency of its operations. Put simply, the stock price is completely out of kilter we believe with its peers; with the new policy of fiat conversion from bitcoin thus solidifying returns and the balance sheet; with a yield based expectation based on current mining profitability and finally from a NAV & earnings based multiple perspective. Accordingly we reiterate our stance of Conviction Buy.