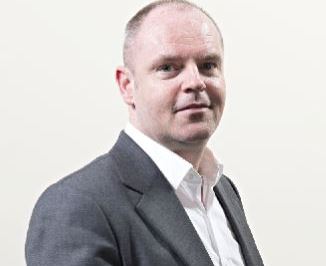 News last week out of Genel Energy was a welcome shot in the arm for bulls of the stock. The three way deal between the KRG (Kurdistan Regional Government), DNO of Norway and Genel in relation to the outstanding historic receivables and future production and contingent payment obligations on the part of DNO & Genel was a win/win for all parties.

Under the deal, Genel has agreed to write off the receivables figure due from the KRG and which was in the balance sheet at just over $200m at the end of June. In return, the company will receive an additional 4.5% of the key Tawke field revenue on a gross basis until 31 July 2022. In effect, the KRG has agreed to repay the outstanding sum out of future cash flows as opposed to a lump sum now. There is of course a discount applied to future cash flows and it does move the risk of oil price movement further into Genel’s camp but, contrasted with where DNO & Genel were prior to the deal announcement, this is, in our opinion, a great deal for shareholders. If, as we also expect, oil prices rise to $60-70 a barrel over this period then there is a double positive whammy re receiving incremental revenue at a higher base.

Further, the capacity building requirement on Genel over the entire life of the Tawke field has also been waived. And finally, as part of the deal, there is also a $30m immediate saving on the PSC liabilities on Genel’s part on both Taq Taq and Tawke.

The company made the following statement in the RNS release on 24th August (bold highlight by us) – “Tawke field gross production has averaged c.109,000 bopd in the year to 31 July 2017, with Brent prices averaging c.$51/bbl. Assuming similar production and oil prices over the period from 1 August 2017 to 31 December 2017, the Genel Override would generate proceeds of c.$30 million and the Tawke CBP elimination would result in c.$12 million of savings in the period.”

What this reveals is that on annual run basis at current production rates and the present oil prices is a positive swing of just over $100m to Genel in revenues. Importantly, we expect this to largely hit the bottom line too. Being conservative and running the oil price deck out to 31 July 2022 at the current $51/bbl as opposed to $70 by many oil experts thus means the old receivables fig will be paid back in 2 years and that Genel now has a circa $100m p.a. uplift from Aug 2017 onwards. This is a great deal for them and supplies the company incremental cash flow to (a) address debt repayments due in 2019 either by partial repayment or, with the enhanced cash flows and balance sheet, a refinance of this debt and (b) allows them to progress the all important gas monetisation program , highlighted specifically by new CEO Murat Ozgul as a major catalyst for a dramatic change in the company’s fortunes. News has been slated to be revealed in this respect before the year is out.

To conclude, based on the half year figures in which the company produced free cash flow of $54.9m after interest payments, the pro forma FCF figure for 2018 after interest payments (based on current oil prices) could be in excess of $100m. This, as alluded to above, kicks any debt repayment/refinance question well and truly into the long grass too. It also gives Genel much more flexibility and negotiating capacity re Bina Bawi & Miran.

With a current market cap of £429m, as we highlighted HERE in April where broke down our sum of the parts valuation (SOTP) which included the KRG receivables figure of $253m at the time. Taking this out now and adding the pro forma incremental $500m ($100m p.a) net to Genel through to 31 Jul 2022 in increased cash flows and discounting at a conservative 10% rate over the 5 years gives am NPV on this replacement component of $379.2m. Net increment to our NPV is thus 35p per share producing (based on the current FX rate of $1.28) a new SOTP of £2.31 per share. We in fact expect to upgrade this target as news on the Peshkabir wells is released and the gas assets progress to key stages. In short, we would not be surprised to see a 300p+ price in the next 6-9 months.

This is one stock that the City analyst community has got horribly wrong with almost all of the main houses suggesting Sell or at best Hold recommendations. This also emboldens us in our Conviction Buy call as it means that the fund managers that follow these analysts are likely to be underweight and there will be catch up by both parties that have called this wrong.

Our last comments on GKP back in April proved modestly less successful relative to our call on Genel with our expecting a short term move to 160p. Instead, completely contrary to what the news flow would have dictated on the stock, the shares declined to the early 90’s in recent weeks with us perpetually scratching our heads at the lowly valuation. Indeed at the turn of the year we actually expected the bid speculation that was doing the rounds re China’s SINOPEC to come to fruition.

Given the continued retracement in the stock back towards the lowly DNO bid level tabled at the end of last year and rebuffed by management, we have taken the opportunity to build a decent position in the name. At the current price of 116p we believe the stock to be at least 50% undervalued and expect a sharp re-rating post the results for the first half slated for 19 September.

Our reasoning is as follows – in the first instance, as the company stated on the 14th August, that it’s current cash position is now a shade over $140m. In early April it stood at $112.7 which tells us that the company is generating circa $6.8m of free cash flow per month at current oil prices. Given the current market cap £265m and adjusting for the gross debt figure of $100m gives us a current EV of £234m. Put another way this is just 3.6 times FCF at current oil prices or a 27.8% yield. Nonsense is the word we would apply here. And we highly doubt that it has escaped others attention, particularly DNO given their renewed balance sheet position post the KRG payment amends. Additionally, there is still in excess of $60m of arrears due to the company from the KRG and we find it inconceivable that the KRG would not do a deal with GKP akin to that struck with DNO & Genel.

With the company expected to get to the 60k bopd from the Shaikin field as we move through 2018 the undervaluation becomes even more stark. If they get to this level, and they have the balance sheet flexibility to do so now, against the current production rate of @ 35k bopd we could be in the seeming position of seeing the stock trading at less than 2 times Free Cash Flow at the current price. I highly doubt this would remain the case for long.

To put the veritable “icing” on the valuation cake, we also remind the market that the net to the company 2P/EV reserves figure is just 65 pence per barrel. In the parlance – “nuff said”, this is a raging buy to us and we intend to add to our position in the days ahead. The stock has become our number one small/mid cap oil play and is another one that is under the radar of the City institutions. We move to a Conviction Buy stance with a price target of 200p.