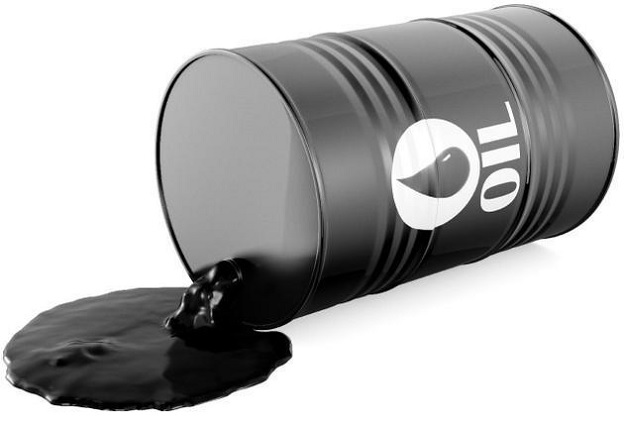 In a new addition to Align Research’s stable of covered company offerings we are to introduce “flash recommendations” in relation to those companies where we do not have a contractual research relationship but where we still have material conviction in their investment case. Coverage of these companies will be in the vein of bulletin points with a brief overview of the background and the expected catalyst we believe will bring about a re-rate (long or short).

We kick off with two of our existing Conviction Buy calls for 2017 – the Kurdistan oilies that are Genel Energy and Gulf Keystone Petroleum.

GKP needs no introduction to many of our readers. The stock was a darling of the retail market during the 2009-2012 period when the controversial Todd Kozel was in charge. The stock rose from a then (pre split) price of 6p to over 400p per share with many commentators expecting a takeover by a US major at prices bandied around of upto £12 per share. Sadly for the retail masses it was not to be and we fancy that many a retail spreadbet/ISA/SIPP account was decimated by this company over the ensuing years as it was slowly laid low by a combination of non payment by the KRG and the company’s debt burden.

Following a material debt conversion and balance sheet recapitalisation late last year the shares fell to a pre split price of just over 1p before a 100 for 1 consolidation. There was also talk of a potential bid for the company by China’s SINOPEC in December last year that prompted us to comment HERE. All lines have been quiet since then and the stock price has drifted back to make a new low last week of 110p per share. We believe this provides a renewed opportunity to position on the long side as we look towards the release of the GKP’s results on the 6th April.

Our flash buy recommendation is underpinned by the following points:

At the current market cap of just £253m, the Enterprise Value is now just circa £235m. The net 2P reserves to the company of 360mb of oil is thus being valued at just 65 pence ber barrel. As with Genel this is one of the cheapest such valuations globally.

DNO the Norwegian oil play with assets in the same region made a play for the company in late summer of last year and with their reserves being valued at approx 3 times that of GKP we doubt this opportunity has escaped DNO’s management’s attention.  As with the SINOPEC story, we would not be surprised at renewed takeover overtures should the latent valuation gap persist.

With 2C reserves estimated in the Competent Persons Report last summer of over 1bn barrels of oil at their key Shaikan field, the market is also ascribing effectively zero value to GKP’s 58% working interest in these contingent reserves.

The Shaikan field is currently producing circa 38k bbl per day and management intend to increase this to 100k barrels bopd. With an all in lifting cost of just $12 bbl, even at a low oil price scenario of $40/bl it is apparent that even getting modestly beyond the company’s current production level will have a material impact on GKP’s bottom line.

The company is projected by their broker to actually produce free cash flow of over $70m this year (YE17). Coupled with the intent to grow production towards 100k bopd and the more regular payment in recent months by the KRG, it becomes a self perpetuating valuation exercise should production grow materially. Indeed the KRG just completed a $3bn oil prepayment transaction and thus puts them in a position to address the outstanding receivables figures with the in country International Oil co’s.

Based on the company’s house broker estimates, at the current price the stock is trading on a PE ratio of just over 2 times. That’s right 2 times. This level of valuation is frankly unprecedented unless a company is in a deeply distressed debt situation which, following the balance sheet restructuring last year is resolutely not the case with a debt:equity ratio of 0.78 times and interest costs of only circa $10m p.a. on a pro forma basis.

The first major catalyst that we believe could bring about a major re-rating is a revision to the KRG Production Sharing Contract and that is expected any time now. The company’s broker expects potentially a cash injection by the KRG into GKP of upto $60m for arrears still owed and this alone would go a material way towards moving production up materially to perhaps 60k bopd through capex expansion.

The second catalyst that we believe the market is not aware of (and that applies to GENL too) is the expectation of being granted their own marketing rights for the company’s oil production and not being committed to sell solely via the KRG. This would be a game changer and very likely bring about M&A. If the valuation of GKP remains where it is and the oil price holds above $40 bbl our back of the envelope calculations imply a price beginning with a 3 to either DNO or Addax Petroleum and still leaving material spoils on the table for such an acquirer.

To conclude, at 116p we see no downside to the stock from a valuation perspective and as alluded to in our points here, expect the market to re-appraise the prospects for the company post the 6th April results. BUY.

We have been bulls of Genel since late last summer and have entered positions from modestly above 100p down to just over 60p. Put simply, based on our analysis, we believe the valuation completely wrong notwithstanding the news last week of the sharp downgrades to their Taq Taq reserves.

Our previous analysis can be found HERE but our renewed conviction in our bull call centres around the following and being further emboldened post last weeks results and the renewed bond buy back tender:

Genel’s balance sheet is not remotely stressed as evidenced by management’s attempt to buy back up to $55.4m USD of the company’s unsecured bonds by way of a reverse tender. You do not do this if you do not see adequate medium term cash flows and your balance sheet is under duress.

Whilst the Taq Taq reserves downgrade was material and certainly not good news, particularly the almost halving of the production rate from end 2016 and the large 3P write down, what seems apparent to me given the price action on the day of the downgrade and following the results the following day is that this is “in the price”. Indeed, on 3 occasions the price quickly rebounded from the 60p level and is indicative of a firm bottom being put carved out.

Genel’s Tawke field is pumping steadily and management re-iterated production at 110k bopd. Their net WI (25%) of 125m boe we put a conservative value of $2 b/bl on in our sum of the parts valuation.

The key for Genel going forward is their gas assets (estimated at 11 tcf) and as is evidenced by the language used by the Chairman last week – “this is a company-changing opportunity”. Ditto with Hayward’s comment – “The finalisation of documentation of the Production Sharing Contracts and Gas Lifting Agreements for both fields in February 2017 is a significant milestone.” Consensus analyst opinion seems to be that the gas assets are worth circa half a billion dollars. We will apply a further discount in our CoS of 20% and so reduce this to $400m for this conservative valuation exercise even though the company noises are that progress is being made here in its monetisation.

We ascribe no value to the Peshkabir field even though the company has had encouraging recent drill results and they expect to move into production as we go through 2017.

For this valuation exercise we also ascribe zero value the company’s Somaliland assets of which they have between 50 and 75% WI.

Our valuation breakdown yields the following:

To the above we note the following upside potentials:

(i) Receivables write back per the comment from management here in relation to the accounting write down– “This has no impact whatsoever on our right to recover the amount due from the KRG, which we are entitled to recover in full, which is the nominal value of $515.9 million.”

(ii) E&P upside – as detailed here we have attached no value to this.

(iii) As is evidenced in the results for the YE2016, even on reduced production numbers the company generated free cash flow of $59.1m based on an oil price average in the early $40’s. Should the oil price hold $50 and push on the free cash flow for this year could be in the triple digits and provide further flexibility on the 2019 bond refinancing.

(iv) We must not forget Turkish energy play Bilgin’s position in all this too. The company now holds (last disclosed) a 15% stake in the company (some 42m shares) and we see them as being an integral component in the gas asset monetisation or, quite possibly, a potential outright takeover of Genel.

As you can see here we have great conviction in our Buy call on Genel and anticipate a material re-rating as news flows on the gas asset this year. The market is either ascribing no value whatsoever to 11tcf of gas assets, sees further writedowns at Taq Taq and indeed Tawke or expects no further recovery of the historic receivables. That can be the only justification for the current stock price.

We see value here at Align towards the £2 per share level and believe the price weakness this last week unwarranted thus providing a renewed buying opportunity.

CLEAR DISCLOSURE – A Director of Align Research Ltd holds a personal interest in both Genel Energy & Gulf Keystone Petroleum and is bound to Align Research’s company dealing policy ensuring open and adequate disclosure. Full details can be found on our website here (“Legals”).