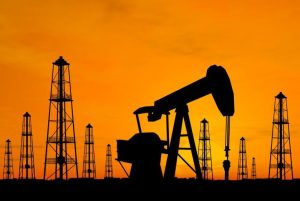 As many of our followers will be aware, we have not been shy in coming forth with our criticism of the Board of PVR in recent years, in particular re ToR Jnr and his seeming misalignment with his shareholders. In life it does pay to be pragmatic however and it is also appropriate to give credit where credit is due. Although it has been a looong, long time in the coming, the farm in announcement last week with the Chinese consortia headed by APEC at the key Barryroe field certainly develops acknowledging and a hat tip to ToR Jnr.

We are personally gobsmacked at the de facto big yawn by the market to this game changing news and in talking to sources very close to the company we believe that a market dymanic as opposed to real issues with the deal have suppressed the stock price. If one believes the drill bit will actually turn next year and that the 2C reserves get moved to 2P then this spells major opportunity for a re-rate.

Taking the concerns first and analysing these it seems the fact that the deal is still pending approval by various depts. and that actual closing is to take place in the 3Q of this year is the primary reason for the muted response. That and the fact that there were no back costs for expenditure previously incurred. We accept that these could give pause for thought and perhaps a discount to the “see through” value accretion but the level of discount, as we will illustrate below is, in our opinion, simply inordinate.

The observation from a source close to the company is that there was a small bull in the stock going into the announcement and, as is ever the case in the markets, they applied the old adage to their position of “it is better to travel than arrive” and accordingly sold the news thus dampening the price. Sentiment is a fickle thing in the markets and accordingly many have asked just why hasn’t the stock price gone higher and sold into the flat market. We will illustrate the folly of this below.

As we have detailed previously, the net 40% retention of the current 2C classified reserves equates to 138.5m boe to PVR. On a simple basis the band of what these are worth to a potential acquirer (and APEC are now, we believe, front of seat on this basis) is between $4 – 8 boe. Elementary mathematics thus result in a value to PVR of $554 – 1.108bn should an acquisition of the company be made on industry comparable reference terms.

Figures of upto circa $100m have been bandied around with regards to the 3 drill costs and PVR will be liable, in the event that the field goes into production for $40m of this plus interest at LIBOR + 5%. Applying a very conservative  risk weighting of 40% at this stage to the conversion of the 2C reserves to 2P and taking the lowest figure (on an industry comp basis) of $4 boe results in what we see as near term, high probability value of thus $332.4m. Discounting this again at a rate of say 12% over 2 years (outside period for conversion of status from 2C to 2P) produces a figure of $265m. At the current FX rate and with just under 600m shares the see through stock price for Barryroe on this very cautious basis alone is 31.4p. This of course excludes the other licence areas (of which we are expecting further news and activity in the months ahead given the current oil price) and current cash (estimated at @ $20m).

Splicing the potential value another way, we note the loan terms provide for 80% of the cash flows produced to go to APEC. If we assume that between 2020 & 2021 the cash flow profile back to PVR is reduced as the loan is paid back then again, even using a heavy 12% discount rate and a $55 per barrel oil price out through the field life the current value is but a fraction of what this NPV is. See our point here? For a deep pocketed buyer (and PVR are surrounded by them now in the Atlantic margin) such disconnects in value will prove irresistible.

We have also not included the potential to firm up more resources from the drilling as we note the company has made comment that that they believe the Barryroe licence area to hold much more oil than presently assessed. Dunquin South and Newgrange appear to be on the horizon for exploration activity which could provide further stock price upside catalysts.

To conclude, should the stock price not move materially in the months ahead as the drilling program gets firmed up (and of ocurse assuming approvals are given and closing takes place), such is the latent divergence (to us) between the present market cap and the potential cash flows using even the most extreme discounting measures then we believe it inconceivable that the company would not receive a takeover approach. The last one after all was with Maurel et Prom in 2015 at a figure approaching £200m (as mooted). Considering PVR now has a clear pathway to commercial viability on just Barryroe and seismic and further data from the South Porcupine is much more advanced we would argue the inherent attractiveness to a potential acquirer has increased multifold.

We also believe the warrant attachment to the APEC deal terms of 59.2m subscription allowance at 12p per share are a deal “sweetener” to provide a bid platform and provide a clue to their real intent as this inclusion in a deal is not usually typical. It is noticeable that the expiry date is 6 months post the completion of the drilling program. We read this as (a) APEC are expecting a much higher stock price post this and (b) it equates to just under 10% of the enlarged share capital which is a useful platform for a bid. Further, it also avoids by way of the capital incoming of just under $10m (if exercised) the likelihood of a further capital raising by the company over the next 18 months given the current cash resources.

Another way to to look at it is this – if the APEC consortia are investing $100m (non recourse) on 50% of Barryroe, you can bet your bottom dollar they see returns potential of many times this. Should the stock market continue to value the other 40% at a derisory level as the project gets de-risked, it defies commercial logic that they would not pick up the rest. We also note this comment in particular from APEC’s Chairman – “Whilst the Farm-Out Agreement has been agreed specifically for Barryroe, the parties have also agreed to jointly investigate further opportunities in other licensed blocks offshore Ireland in the future.” which only serves to embolden our view here of the likely endgame here.

In short, the current stock price of 11p provides one of the best accumulation opportunities in the global E&P space today and it is one we intend to take advantage of.

Both Align Research & a director of Align Research hold positions in the equity of Providence Resources and is bound to Align Research’s company dealing policy ensuring open and adequate disclosure. Full details can be found on our website here (“Legals”).