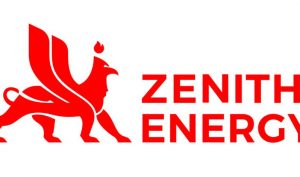 Zenith Energy RNS this morning, whilst pushing back the workover completion date on the Zardab Z21 & Z28 fields makes clear that the company is poised for operational transformation with a clear initial target of producing 1,000 bopd by the end of this year against the current 350 bopd.

The company is in an enviable position of having the largest onshore oilfield in Azerbaijan where Zenith’s own highly experienced team is unlocking value by a systematic program of workovers and rehabilitation. These oil fields had been badly neglected and starved of investment. As is often the case, it has not been all plain sailing as the latest operational update has pointed out, but this does not detract from the tremendous opportunity and value that can be created going forward.

Basically, delays have occurred at the high impact work overs of wells Z-21 and Z-28 in the Zardab field. With this field being so neglected there has been little reliable historical data on these two wells which has made the work challenging. So, these two workovers have had to proceed with the team relying on gathering this information as they have gone along with the work. The good news however is that Zenith has the technological solutions available to them to finally achieve the prize of the reaffirmed the 1,000 bopd initial target. Importantly we asked the company if they have adequate financial resources to achieve this in order to put paid to speculation of further placings and dilution to which they replied yes.

The high-impact workover of well Z-21 has seen this well entirely cleaned out down to a depth of 3688m but they could not get any further. Consequently the company will be using its A-80 workover rig to pull the tubing string from the well and then drill down to the total depth (TD) of 3982m. Once this has been achieved the well will be put on production. We would expect this to be completed some time in April 2018.

Previously the company had reported well head leaks at Z-28 and which have now been dealt with. This high impact workover has seen the well cleaned out to a depth of 3563m, but additional work is necessary to clean out the liner further down to the TD of 3944m. A plan is currently being formulated to achieve this goal.

Zenith is in the process of upgrading a lot of equipment. The company’s A-80 workover rig is being upgraded and which will increase the pulling efficiency and the speed of the rig. Zenith is also continuing to receive consignments of Chinese oil production equipment which has already being deployed on the field. As recently announced, the new A-100 truck-mounted workover rig is expected to be delivered by the end of April 2018, which will help accelerate progress on the ground.

Also, on the equipment front, the Board has sanctioned an electrical submersible (ESP) upgrade program which will see the latest-generation ESP being installed across the Muradkhanli and Jafarli oilfields. The plan is now to install these at 13 wells or more, and which are being used to stabilise existing production from selected wells and protect against production stoppages caused by the old-style ESPs breaking down. Already 7 ESPS have been successfully installed and another six are on order with the expectation that they will be installed by the end of May 2018.

In our last updated research note on 8th November 2017, we reconfirmed our Conviction Buy stance with a 22.28p per share valuation. Looking at the results released on 16th Feb in which the company revealed an operating profit of CAD$505k on an average of 260 bopd over the prior 9 months, pro forma for 2019 (and without factoring in any further oil price increases) the company looks on target to be making circa $2.5m CAD p.a. or approx £1.4m (based on current FX rates). This would translate to just under 1 pence per share. At the current stock price of 7.5p this puts the shares on a 2019 pro forma PE of just over 7 times. We remain buyers with a Conviction Buy stance.

A Director of Align Research Ltd & the Company hold positions in Zenith Energy and are bound to Align Research’s company dealing policy ensuring open and adequate disclosure. Full details can be found on our website here (“Legals”).