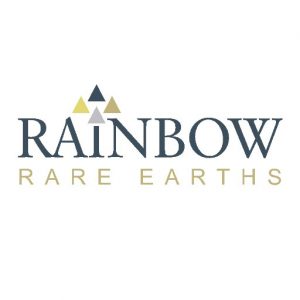 Rainbow is the only African producer of rare earths as well as having one of the world’s highest-grade rare earth element (REE) projects at 47-67% Total Rare Earth Oxide (TREO). The latest operational update was accompanied by news that the CEO and Chairman had between them acquired more than £32,000 worth of shares at 3p, which represents a premium to the current share price; and speaks volumes.

This latest operational update brought investors up to speed on production, the exploration programme and cost control. It provided further evidence that new CEO George Bennet is really getting to grips with the Gakara Rare Earth Project in Burundi, in which Rainbow has a 90% stake. George is in the midst of ushering in a brand-new strategy which could well be transformational with the move to mechanised mining on a far larger scale.

Not only is Gakara blessed with being one of the highest grade REE projects on the planet, but it has a total of 30 exploration targets – which represents extremely good fortune. In a gold licence, companies would be delighted to have 5 gold targets and very happy if 3-4 targets turned out positive.

At Gakara, it seems that pretty well the whole area is mineralised. The mining permit extends over an area of 39km² where so far more than 1,000 occurrences of rare earths have been discovered on the surface. As exploration work at the main Kiyenzi deposit has revealed, mineralisation has been found to exist between the high-grade veins. Across the licence area, REEs have been discovered at each of the 30 targets. In fact, 7 of these targets were the sites of colonial/artisanal mines.

At the same time, concentrate from Gakara contains very low levels of both uranium and thorium, which means that it is readily shippable on the open seas, with concentrate already successfully exported to China which rigorously enforces strict limits on the level of radioactivity. These negligible levels of uranium and thorium are a really important factor and will serve as a key differentiator between Rainbow’s REE concentrate and that of its competitors. Being benign, this gives the company a big advantage as in most global rare earth deposits, uranium and thorium are key elements that must be extracted, requiring additional expensive steps in the processing which adds large opex and capex costs to any project. Not much has been made about this factor, but it is likely to have large ramifications moving ahead.

The big transformation to becoming a bigger scale mechanised operation means that Rainbow needs to get involved in painstaking geological work to establish a drill area that is able to support the new exciting strategy. The plan is now to define a larger orebody to JORC standards and then develop a mining plan to extract a far larger quantity by mechanical means. An exploration programme is currently being developed which will allow the definition of a deposit which would provide for a 10-year life of mine producing 10,000t per annum of concentrate. The exploration programme is to be supervised by Malcom Titley who the ex-head of the mining consultant CSA Global in the UK and by CSA Global itself. The JORC resource is expected to be completed in early 2020, which could ultimately show that Gakara represents a much bigger target. It is worth mentioning at this stage that CSA has worked on Lynas Corporation’s REE deposit in Australia.

To date, production has really represented trial mining. The latest operational update brought news that since the end of the financial year, REE ships have continued with a further 100t of concentrate at 56% TREO dispatched in early October, with additional shipments of concentrate expected to be processed over the coming weeks. Although George has not been at the helm for that long, already he has reduced local costs by something like 40%, which will free up the company’s cash to develop the resource to its fuller potential. Management estimates the break-even level of concentrate production for the operation to be stable and support that the new strategy has been reduced from 270t to 110t per month of concentrate. The plan seems to be to target break-even at the local level by February 2020.

There looks like a healthy news flow is in the pipeline. The new mining equipment is set to start being delivered in the next month or so, plus there will be drilling updates and assay updates from channel samples etc, which could all serve to refocus market attention on this undervalued REE play. We don’t have to go back that far ago when shares in Rainbow Rare Earths were back above the 7p mark, but currently the stock has slumped back to a lowly 2.58p. Align Research initiated coverage on Rainbow on 6th June 2019 with a Conviction Buy stance and a target price of 10.53p, when the shares were trading at 6.20p. At the current price, our view remains unchanged.