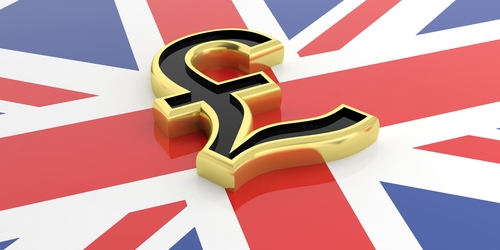 Figures released this Friday on the market positioning of participants in the currency futures market – the so called COT positioning revealed a new all time high in the net short by speculators (the other side of the short sales are the “commercials”) reaching some 90,082 contracts and open interest being within striking distance of  record highs too. This data reflects the situation at the close of play on Tuesday the 9th of August and as the pound continued to weaken during the balance of last week I would not be surprised if the positioning pushed on further to near 100k contracts short. 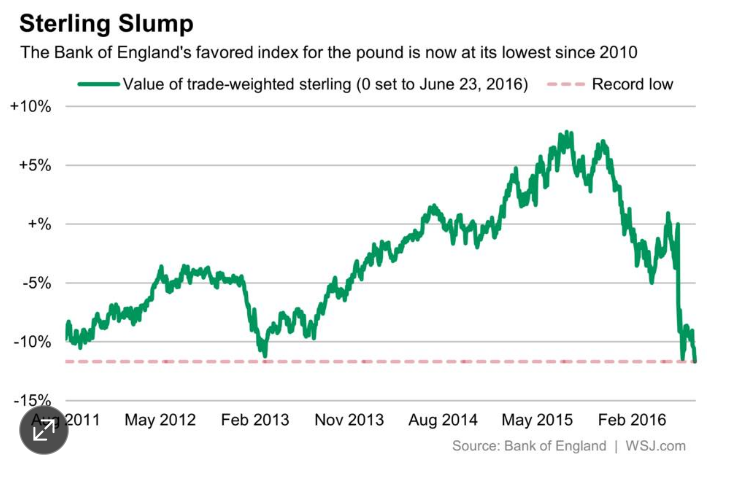 The fact that the trade weighted index (the measure of the pound against many currency peers) is back near the 2008 lows as revealed in the chart above coupled with the extreme negative sentiment against it provides traders of a contrarian leaning with opportunity. It seems that the madness of crowds always plays out without fail… The mass of investors continue to find comfort in consensus and collectively simply have the inability to see beyond the rear view mirror. To me, selling the pound here with it undervalued on a PPP basis by around 10-15% against most currencies is akin to picking up pennies in front of a roller coaster. The move lower is done.

Take a look at the COT positioning chart above and in particular the circles (my annotation). Notice anything? On each occasion that the net short position approached circa 70k contracts it coincided with a meaningful bottom within weeks and over the ensuing months appreciations against the dollar of between 10-15% were seen.

With a plethora of negative headlines as illustrated below and expectations surrounding the poor old pound to continue its slide, I call a nadir give or take a percent or two (nobody can ever catch an exact top or bottom!).

So what is the best way to play this trade? In my opinion the best upside skew is against some of the “risk on” currencies that have enjoyed stellar rallies this year and where, as we can see in choosing the South African rand as a proxy below, the moves to the downside in these pairs have reached 2-3 standard deviations from the norm. This type of trend extension almost always results in sharp snapbacks to at least the first Bollinger band. In the case of the rand I would not be surprised to see the pair back towards 19/19.5 and against the Aussie dollar 1.80/1.85 in the weeks ahead. RSI’s had reach levels not seen for decades on the daily measure and have now begun to rise, also indicating trend exhaustion. 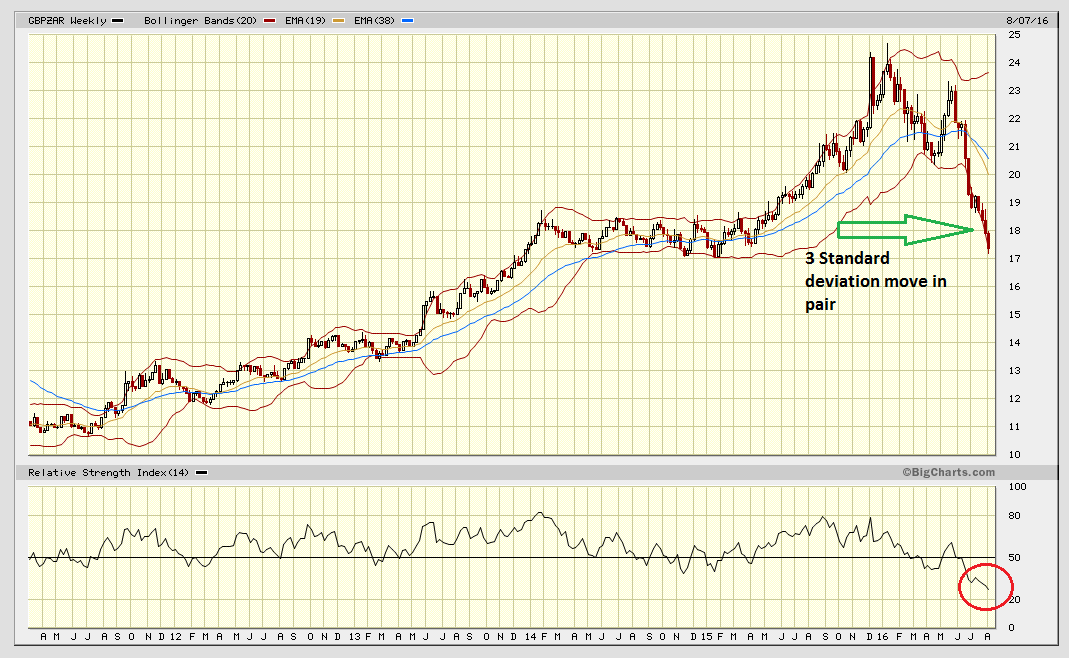 My own findings on the ground from speaking with state agents, simply looking at the UK equity market and observing the difficulty in obtaining a decent restaurant reservation at short notice, quite aside from the volume of local building work is that fears of a recession and “Brexit” slump are completely misplaced. Market expectations of a further rate cut in November are likely to be wrong and I can also envision a scenario with inflation back towards 3% early next year and the economy still growing towards 2-2.5% annualised where rate rises are very much back on the cards. Sounds implausible? Well how implausible according to market consensus was an exit from the EU..? Sterling assets are very attractive to overseas investors now and this will create investment flows into the country to offset the large current account deficit in the months ahead providing another tailwind to a pound re-rating.

Playing currencies is more of an art than science but in the pound’s case, the record short positioning, almost universal negative sentiment, extreme oversold basis and unequivocal undervaluation – all these factors collectively provide me with a very high conviction that the skew here is not to the downside but is very much to the upside.

CLEAR DISCLOSURE – The author of this piece holds a long position in the British Pound against the South African Rand, Euro and Australian dollar.