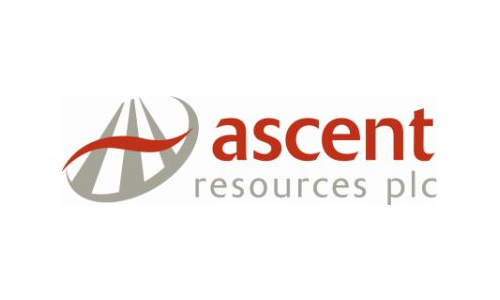 Well, we knew this was on the way, and this morning Ascent has confirmed that changes to the Slovenia Mining Act will outlaw the use of any form of hydraulic stimulation. The end result is that the company’s Energy Charter Treaty (ECT) and UK-Slovenia Bilateral Investment Treaty (BIT) damages claim against Slovenia will become a lot larger.

On 6th April 2022, Slovenia voted to adopt amendments to the mining law, including provisions that prohibit holders of mining rights being able to carry out exploration or exploitation of hydrocarbons using hydraulic stimulation. The newly adopted amendments are expected to be published imminently in Slovenia’s Official Gazette and come in force 15 days later.

Basically, the end result is that it won’t be possible to obtain a permit for exploration or be granted mining rights for the exploitation of hydrocarbons where hydraulic stimulation is required. Here we must point out that this regulation change to ban fracking had been turned down by parliament five times already and was only approved on the sixth attempt. It has all been targeted at the British corporation Ascent, the only oil and gas company in the country.

The transcript from the parliament debate on the changes to the mining act is highly illuminating. Here we have Primoz Siter really spilling the beans in saying that – “.. The argument at the beginning was that we should not ban fracking, because then the British corporation will sue us at an ad hoc international tribunal, where we will lose and then Slovenia will have to pay millions in damages. Let us rather wait for the British concession to pump gas in Petišovci to slowly expire, the procedures for obtaining permits are dragging on one way or another, and the problem will resolve itself….”

For Ascent this means that planned workstreams relating to the permits and applications to re-stimulate the PG-10 and PG-11A wells probably won’t be completed. In light of this political move, the company is now reviewing future field development opportunities and looking again at planned workstreams.

The board see this latest development as another further clear breach by Slovenia of its obligations under the ECT and BIT. The company had expected to able to continue the historic practise of conducting low volume mechanical stimulation techniques in order to flow the tight gas reservoir; and this move serves to deprive Ascent of the full value of its investments in Slovenia. The company and its legal advisors are reviewing these latest developments which are expected to lead to a significant increase in Ascent’s claim for damages.

Investors have been well-briefed on the damages-based funding agreement for the international arbitration dispute which Ascent has negotiated with Enyo Law LLP.  Its looks to us to have been pretty well-wrapped up now as the paperwork is expected to be completed in the coming weeks.

In our last blog, we commented that there seems to have been precious little let up in global gas prices this year. The joint venture in Slovenia continues to produce gas and condensate from wells in the concession area which is sold domestically to local industrial buyers. In March 2022, the PG-10 and PG-11A wells produced over 140,000 scm of gas which was sold with at an average of something like €140/MWh resulting in over €220,000 of gross invoiceable revenue net to Ascent’s interest in these two wells. The company has invoiced its JV partner, Geoenergo, for receipt of its gas revenue proceeds.

OK, Ascent can’t stimulate PG-10 and PG-11A wells to increase production. However, gas production has been fairly constant for the past 18-24 months and is thought could be sustainable around this level for the next 12-18 months until the end of the concession in November 2023. This suggests a six figure monthly income to the company until then, at current gas prices.

Revenues have been continuing to accrue for a long period on the JV account while the company has been involved in discussions concerning a number of disputed matters with its JV partner and service provider. Enough seems to be enough and so last month and Ascent decided to invoice its share of concession production revenues which cover the period from April 2020 to February 2022. Adding in the invoice for March 2022, we are talking about seven figures here which could be repatriated. This will help to cover PLC costs and provide funding for the Peruvian low risk low capex gold processing strategy. The company promises to keep investors updated on further production revenues and the receipt of cash proceeds.

For a bit of background, back in March 2021, the City learnt that the Government of Slovenia had failed to set forward a damages proposal and confirmed that an amicable settlement wasn’t achievable at this time. This meant that Ascent set in motion the moving ahead to commence arbitration proceedings. At this juncture, as part of direct pre-arbitration settlement discussions, the company had submitted a damages calculation to the State, which was well in excess of €100 million. But that was when the gas price was €15/MWh.

All eyes might have been on the French Presidential Election over the weekend, but there were also national elections in Solvenia where populist Prime Minister Janez Jansa lost as the environmentalist Freedom Movement party won more votes than his SDS party. To form a government, it looks likely that the Freedom Movement will team up with left wing parties to form a coalition. Under such a government we believe there is no hope of these new regulations being overturned.

So, what are we talking about concerning a significant increase in Ascent’s claim for damages? Well, it could be argued that it is now an absolute economic loss scenario, a much bigger number up to the NPV of the asset which is a figure in the realms of €360 – 540 million based on using a gas price of €50/MWh. That figure represents a 50% discount to the current gas price.

Align Research initiated coverage on Ascent with a Conviction Buy stance and a target price of 18.34p in mid-September 2020 when the shares were trading at 3.25p. Since then, the stock has been over the 12p mark. That target price was solely based on possible Petišovci scenarios where we looked at the two alternative scenarios of either litigation or development, with both outcomes being thoroughly risked.  Now with the stock back at 3.75p, investors look like they are getting the chance of a second bite of the cherry as we are more than happy to reconfirm our Conviction Buy stance.