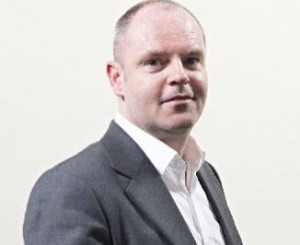 That I personally was not a fan of Beaufort Securities and a number of staff there including Tanvir Malik is no secret. As a professional investor with many years experience in the markets my own treatment at the hands of the firm just over a year ago was nothing short of shocking, Indeed, such so that when I complained to the FOS the firm was ordered to pay compensation on many counts.

I have in fact previously fallen victim to 2 other City scandals in recent years – the Bradford & Bingley rights issue and the then almost immediate nationalisation (when the bank was in fact perfectly solvent) and the Worldspreads fraud. Indeed I was instrumental in forming Action Groups in both instances and as a consequence of these initiatives learnt a great deal as to how regulation and the law in many cases acts, ironically, to the detriment of the investor.

It also still utterly perplexes me to this day how City of London Markets are still operating with an FCA licence given the litany of wrongdoing that occurred there surrounding the failed Milestone Group placing and how James Douglas remains regulated. To say that I have become disillusioned with regards to stamping out wrong doers is no understatement.

What the many years experience of the City has taught me is the following – firstly, regulation is a veneer that cannot change the embedded culture of the City. Yes there is “box ticking” by Compliance automations that creates the impression of doing things “by the book” but, let me tell you, that each and every day the sheer magnitude of wrong doing that goes on in the Square Mile and that I witness on many counts is so endemic that if each of these wrongdoers were brought to task the City would frankly be a ghost town. Secondly, when the proverbial does hit the fan such is the system (as, sadly Beaufort clients are finding out) that to attempt to break the mechanisms in place will almost always inevitably end in frustration and failure. The PWC Special Administration procedure here is nothing short of an abject travesty for those Beaufort clients, particularly the ones with north of £150k left there who are staring down haircuts of 40% by all accounts. While ShareSoc’s campaign is admirable, I will wager that it will not change one iota the fact that there will, ultimately, be large haircuts for these clients.

I also relay here an interesting fact that illustrates to me that many in the industry did not realise that supposed segregated client assets could be de facto seized to pay the costs of a SAR brought about by either management/firm fraud or incompetence. The very principle that a client can then suffer because of the actions of the firms that were entrusted with their assets and funds just defies belief and the fact that this is sanctioned by the regulators and parliament is, frankly, mind boggling. During last summer I specifically asked Alan Hadley (one the Beaufort Compliance bods) that in the event of Beaufort’s demise would my assets be safe. His answer (on a recorded line) was unequivocally yes, that it was impossible for my assets to be sequestered by a 3rd party as they were “ring fenced” and segregated. Do I believe Hadley was lying? No I believe he actually thought that was the case.

Luckily I was able to transfer all my funds out months before their collapse but it does now open the question that, where a broker is used for execution (which is what we do) and a 3rd party administers the account (for example Jarvis or Pershing), can an administrator actually use those client funds in a broker collapse situation a la Beaufort? Frankly I am unsure as to the answer and have been given conflicting opinions. Some believe the fact that Beaufort themselves were administering the Asset Clearing side is the complicating/differentiating factor whilst others believe the principal is the same: namely that client funds were supposedly segregated at Beaufort and so the same staff administration of the custodian side should have had no effect re ability to dip into the assets and yet, PWC are still dipping into the funds (at a ludicrous and totally unjustifiable £900 per hour). Net effect of th Beaufort collapse is most certainly not good for anyone (except PWC partners).

I have seen the mention that brokers should, going forward, be forced to take out insurance in the event of their collapse to pay for the costs of a SAR and this suggestion I do believe has merit. The premium would be based upon the balance sheet strength of the firm and client FUM but I still do not understand why the Beaufort client book was simply not sold to one of multitude other interested brokers that I was aware of who were prepared to take them on and that had bid 50-60bps. In this instance the costs to the poor clients would have been nil and thus PWC’s involvement much diminished. There is to my mind a clear conflict of interest on PWC’s part, particularly where there is in essence an open cheque book to pay their fees.

To conclude, I have sat back and watched the controversy surrounding Beaufort increase over the last few months and feel it appropriate as a regulated entity that plies its wares to retail investors and whom follow our recommendations that we make comment. Once we have clarity on the point above re the ability of an administrator to access client funds and assets held by a detached 3rd party custodian we will update.

Until then our sympathies lay with the Beaufort client stable but sadly, from personal experience, we see no happy ending for them.