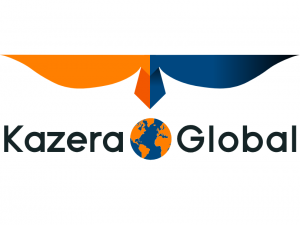 It looks as though Kazera is once again spreading its wings. The latest news is that the company plans to move into Rare Earth Elements (REE) in Kenya through a project which respected consultants Terra Search believes had a conservative in the ground valuation of US$3.3 billion back in 2011.

The company has signed Binding Heads of Terms for the proposed acquisition of a 71% interest in Great Lakes Graphite (PTY) Ltd a company which owns 100% of 3 exploration licenses covering the Homa Bay and Buru Hill REE projects in Kenya. 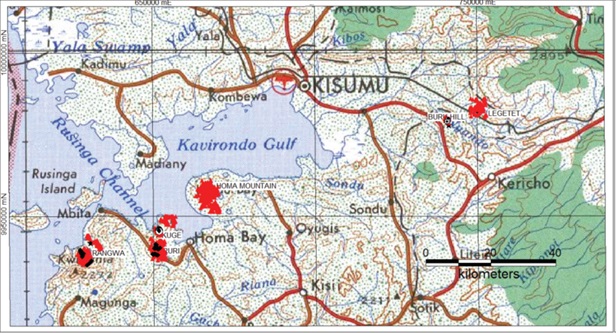 The project is located in the Homa Bay Area in west Kenya on the eastern coast part of Lake Victoria. Areas which have received the most exploration attention seem to be Buru Hill and Kuge-Lwala. In this area, exploration work over the last 70 years has seen the discovery of several large carbonatite bodies with residual REE enrichment.

Basically, there are two initial exploration targets. Target No 1 is the Buru Hills PL305 licence, which the company reckons had a previous JORC compliant exploration target of 27Mt @1.89% grade for 510Kt Total Rare Earth elements (TREOs) – a pretty impressive grade relative to peers. Target No 2 is the Kuge area, PL303 licence, which has demonstrated extensive zones of elevated Light Rare Earth Elements within drilling along a strike length of 500m.

The hot news is that at surface, mineralisation presents highly favourable conditions for economic recovery with the prospect of a JORC Compliant Resource and Scoping Study expected within six months. That will be followed by a planned, low-impact work programme to progress the licences to the granting of a Definitive Feasibility study for a cost of up to US$2.5 million, slated to be funded via Kazera’s future cash flows. 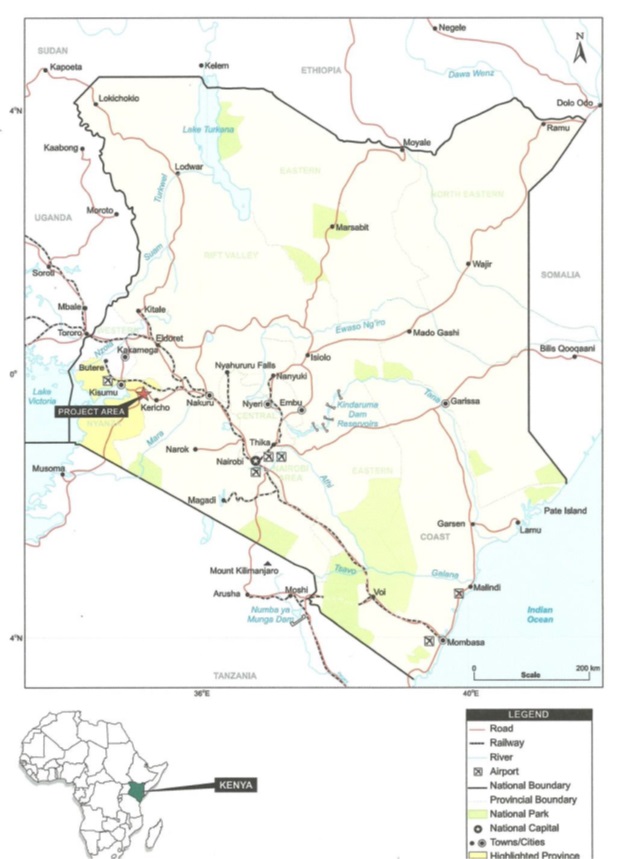 This move is clearly in line with Kazera’s investing policy to achieve shareholder returns through direct investments in companies and accretive projects in Africa within the mining and resource sectors. On this point, Dennis Edmonds, Kazera’s CEO, elaborated as follows that “At Kazera, we are continually looking at new and exciting opportunities to deliver shareholder value both through operational delivery, but also through accretive acquisitions. The acquisition of a 71% interest in Great Lakes Graphite, gives the Company a unique exposure to three highly exciting exploration licenses which have demonstrable potential for economic delivery of some of the most important materials for the 21st century.

“With our diamond operation already in production, tantalum about to come on stream and the expected imminent resolution of the issues around our HMS licence, the Company will soon have three separate revenue streams. This acquisition represents an exciting new opportunity for our Company to utilise its increasing cash flow to deliver material growth and a step change in outlook for our shareholders.”

As part of this transaction however, Kazera is going to grant an option to Caracal Investments to acquire 20% of Great Lakes Graphite Pty Ltd for the sum of US$1 million and with 18 months till expiry. On exercising this option, the shareholding of Great Lakes Graphite would be 51% Kazera, 20% Caracal and 29% current shareholders. Exercising this option would essentially mean that KZG gets its 51% stake for a cash adjusted net credit (at current GBP/USD FX rates) before in the ground expenditure.

The increasing global demand for electronics, batteries, and clean energy is rapidly accelerating the demand for REEs. Carbonatites are among the world’s richest sources of REEs and there are promising deposits in the US, Brazil, East Africa, Western Australia, and China. The untapped potential of these unique igneous rocks is set to play a crucial role in the future of REE mining.

Kenya is safe and has a stable jurisdiction along with being a well-established mining regime. The country has a long history of gold mining but most of this has been artisanal or small-scale mining. Kenya has a stable political system, and the government seems high supportive of its mining sector and is working hard to bring in foreign direct investment. The country passed a new and modern mining code in 2016 to ensure that activities related to mining and exploration for mining benefited the local people. The above map does really show significant local and national infrastructure.

Over the years a number of explorers have sought to determine ore reserves for these deposits that form the Great Lakes Graphite Project. Terra Search concluded that the Buru Hill area was the most advanced with systematic drilling across the prospect and the providing non-JORC Inferred resource of between 14 and 24Mt at 1.7‐1.8% Ce+La+Nd, with a then (2011) conservative in the ground valuation (IGV) of the order of US$S3.3 billion.

The Buru area is open at depth and there is some potential on the flanks of the main hill with high REE concentrations within the amphibolites gneisses in the area. The project spans some 346km², with most of the work to date undertaken at Buru Hills over a 13km² area – so lots more potential here.

Buru Hill looks now to have a favourable REE content as apart from Lynas’s Mt Weald in WA with 5.4% TREO, most quoted REE companies are sporting MRE with TREO grades less than 2.15% of Peak’s Ngualla Project in Tanzania. Although no one really spells it out, it does seem that the mineralisation at Buru Hill is open at depth and along strike – crucially it’s not all about carbonatite as the surrounding gneiss also has REE but at a lower grade that Terra Search reckoned still had economic potential.

The configuration of the mineralisation at Buru Hill’s shallow mineralisation would lend itself to open pit mining with good accessibility and nearby infrastructure making for enviable logistics. An Inferred JORC resource looks within easy grasp with tremendous potential for resource expansion not only at Buru Hill but at other sites in this project.

The Kuge area returned good consistent grades averaging 1.4% Ce+La+Nd in drilling across a 500m strike length. This area is likely to be able to produce another resource of significant size. At the same time, rock chip and soil values across the Ruri, Rangwa and Homa Mountain areas contain significant anomalism within carbonatites and are highly prospective.

There are some big valuations now in the REE sector given the wider market’s realisation in recent years of their relative scarcity and value in the “electric economic future”. A valuation matrix was developed based on the range of EV/t of TREOs from a number of quoted REE exploration and development companies which are advancing their projects through feasibility studies. There were seen to be large variations in value assigned to resources which may be dependent on the type of deposit, the location, processing technology, management, the backers and PR effort.

Our valuation matrix looked at three different scenarios, two of which stemmed from the work of Terra Search (based on drilling results etc from work by the Japan International Cooperation Agency in 1987-90) which determined a number of MREs and a third higher case which we have introduced. Looking at the lowest valuation in each of the Scoping Study, PFS and DFS stages clearly shows valuations of £9m, £22m and £61m respectively as the work program moves to DFS status. This highlights the increasing valuation awarded as the project successfully moves through each of the key stages. The £9m – £61m band recall is the worst case (based on present peer valuations). There is plenty of scope to generate an increasing, substantially higher valuation by emulating the strategy and efforts of the more highly rated REE exploration companies as the project is pushed up the valuation curve.

There is no doubt that rapid progress is being now made right across each and every one of Kazera’s operations – and now there is the added excitement of REE to come as well. Going forward it looks as though the news flow won’t disappoint. First off is likely to be news on diamond production, with a substantial number of carats being produced by the end of month. Also, the first export of tantalite can’t be far off now – either end of June or July – which looks then, finally, to be  the start of continuous & growing revenue. At TVM, a lot of interest has been shown in the lithium potential by third parties and so we are hopeful that we will hear something about that in the coming months. On top of these, the granting of the HMS Mining Licence could practically come at anytime – CEO Dennis Edmonds remains confident in this award and the present market cap doesn’t even begin to reflect the potential here. Further, the new REE interests could see a JORC-complaint resource for Buru Hills announced by the year end, which is likely, in our view, to generate a step change re-rating of the shares. On top of all this the company recently carried out a £1m fund raise and so is “cashed up”.