Milestone Group (MSG) has been a serial disappointer in terms of share price performance, falling from a recent peak of 1.535p in October last year to the current 0.27p. The collapse was as a consequence of a botched placing, underwritten by City of London Markets (and which we still await news as to recovery or, hopefully for shareholders of MSG that suffered at the hands of CoLM’s blatant market abuse, in the alternate, a shutting down of that firm and putting into insolvency) that starved the company of capital.

Now capitalised at just £4.8 million, Milestone Group has transformed over the last 9 months, particularly post the departure of serial underperformer Deborah White as CEO. The shares now look to be under the radar of the wider market in terms of providing what we see as a fantastic risk/reward low cost entry opportunity to take advantage of growth in the burgeoning and hot Fintech and blockchain markets.

Listed on AIM since 2003 Milestone is a provider of digital media and technology. Over the past few months the strategic focus has moved away from a social agenda towards taking advantage of opportunities presented by the company’s subsidiary Nexstar, a joint venture between Milestone and Australian technology company Black Cactus Holdings.

Nexstar provides a number of technology driven finance related services including a Money Over IP platform that supports virtual bank accounts, payroll, loyalty and reward cards, pre-paid debit cards (using MasterCard products) and a cryptocurrency service. An affiliate agreement with fintech solutions company Benefits on Madison Inc. gives Nexstar Independent Sales Organisation (ISO) status, allowing the JV to issue pre-paid and debit cards, promote, market and solicit orders for Benefit on Madison’s range of pre-paid debit card services to resellers and/or to customers and cardholders directly. The pre-paid card offering in particular provides significant opportunities for Nexstar, with research firm Companies & Markets estimating the market will grow to a value of $2.1 trillion by 2018, driven by rising demand for the card’s flexibility and from consumers who have no bank account.

Also on the fintech side, Black Cactus recently launched a KYC (Know Your Customer) and AML (Anti Money Laundering) platform designed to be used by banking, gaming and insurance industry clients, amongst others, to meet their legal and regulatory requirements. The platform ties into a number of major global databases to carry out background checks on both individuals and corporates. It has been developed to significantly reduce the processing time for each full background check application from weeks to days, making it more business responsive. Most importantly, blockchain tech is at the heart of this and, per the fantastic link HERE explaining just how fundamentally transformative this will be for commerce going forward, that MSG has a central seat at the heart of this burgeoning industry through the Black Cactus partnership is at the core of our Buy recommendation.

The company’s other major offering is a digital platform, Nexstar Music, which gives creative artists the tools they need to publish, distribute and sell their music and promote their videos online while retaining 100% of their rights. The service also provides artists and labels with detailed analytics and tools for the management and collection of royalties and other associated payments. Through the platform, artists receive a tailored website specifically built for musicians providing access to a number of ancillary services such as the promotion and selling of tickets to live events and merchandise, linking to and integrating with social media and the creation and sending of newsletters to fans, media and industry partners.

Using the Nexstar Music platform, artists can publish and distribute their music to over 120 online music stores, internet radio stations and streaming services, such as iTunes, Deezer, Google Play, Spotify, Shazam, Spotify and Tidal, into 193 countries worldwide. Nexstar earns revenue via an initial set-up fee, and a revenue share per transaction of between 15% – 30%. The digital content publishing area is a fast growing market, with global revenues from digital music alone estimated at $6.8 billion in 2014, a year which also saw digital music revenues overtake physical revenues for the first time (Source: World Intellectual Property Organization).

Moving up the blockchain 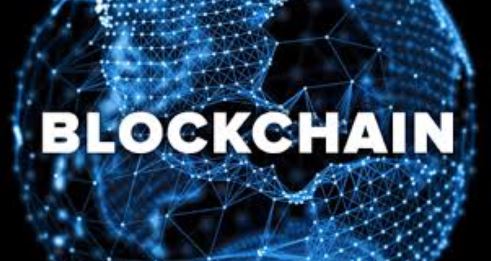 This agreement was extended in December 2015 giving Nexstar an exclusive global licence to white label the initial suite of products and services available through Black Cactus and to also commercialise all the remaining IP within Black Cactus. The additional IP added to the agreement included Black Cactus’s blockchain based technology as well as its proprietary music publishing platform. Under the new agreement there is an agreed revenue split of 60/40 in favour of the introducing party.

In March this year the JV agreement was further extended, giving Nexstar exclusive access to all intellectual property of Black Cactus with the additional IP and technical know-how specifically surrounding blockchain development and Fintech solutions, with company having recently commenced developing new applications and platforms utilising blockchain. For example, the Nexstar music publishing and distribution platform is being upgraded to be underpinned by the blockchain technology, allowing artists to control their intellectual property, payments and royalties.

Put simply, the blockchain (the technology behind cryptocurrencies such as Bitcoin) is a public (or distributed) ledger which records ownership of an asset. In contrast to current systems used by banks – which use a private and centralised ledger – copies of the blockchain are stored on thousands of computers across the world. Being distributed freely and openly the technology is able to approve transactions much more quickly by cutting out the middleman and obtaining a consensus approval.

The technology has the potential to disrupt many industries both inside and outside of finance, making processes more democratic, secure, transparent and efficient. A recent report from Santander estimated that blockchain could reduce banks infrastructure costs by between US$15 -20 billion per year by 2022. In addition, research from Aite Group recently suggested that bank spending on blockchain is expected to surge to US$400 million in the next 2 years.

The additional IP under the extension includes Fintech, cryptocurrency, card payment services and media publishing and distribution. While this additional IP is not revenue generating, Milestone sees large commercial opportunities and has already received some expressions of interest. The updated agreement also incorporates existing financial deals that Black Cactus has negotiated on its own behalf, including its deal with Benefits on Madison.

Funded for growth and management strengthened

In July this year Milestone raised a total of £1.5 million, with £1.1 million via a subscription of new shares and £0.4 million by way of a convertible loan note. The funding was provided by Dr. Ramesh Para, a British businessman whose interests include technology, fin-tech, healthcare, insurance and education, and his company Para & Co. Now holding just under 30% of the business, he is expected to become a director of the company in due course. The £1.1 million was received in mid-September when the already fully drawn down loan note was converted into equity. The funds strengthen a balance sheet which showed a modest net debt position of £0.13 million as at 31st March 2017 and add to additional funds of £305,000 raised since the period end.

The board has recently undergone much overdue changes, with CEO Deborah White resigning in September and taking the IP and assets of the Passion Project charity business with her for a nominal sum. She has been replaced by Tony Sanders, Technical and Operations Director, on an interim basis, with Edward Meyer being appointed as Business Development Director. Meyer, has significant experience in marketing and digital media having run his own cross platform marketing agency.

While Milestone has had its recent troubles the business now looks refocussed and stronger both from a financial and management perspective. The focus on the Nexstar business is entirely sensible in our opinion, with the move away from the company’s “social” programmes welcome from a shareholder perspective given the minimal amounts of revenues they were generating.

Demonstrating investor interest in the blockchain sector, shares in AIM listed On-Line (ONL) soared by 173% in one day on 27th October solely on the news that the company was planning to roll out its own blockchain technologies and change its name to On-Line Blockchain. The shares have since advanced further, to capitalise the business at £4.2 million, despite the company admitting that, “development of a Block-chain product is still at an early stage of investigation and development, and its current plans envisage that the first application will only be tested early in 2018.”

With the maket caps of Milestone Grp and On-Line similar but with Milestone having already launched its own blockchain based products and sitting with cash in excess of On-Line, we see the shares as an attractive way to play growth in the industry and await an update from the company in which we expect management to elaborate upon their plans to monetise this material opportunity. At 0.27p we rate the shares a Buy and anticipate newsflow in the months ahead that could re-rate the shares materially.

A Director of Align Research holds a position in Milestone Grp and is bound to Align Research’s company dealing policy ensuring open and adequate disclosure. Full details can be found on our website here (“Legals”).