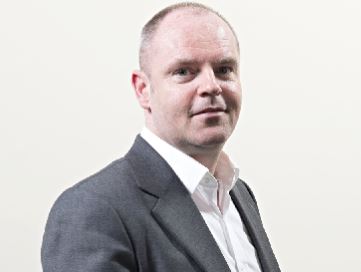 Well, well, well who woulda thunk it? Just when the BoD of GKP thought that the restructuring was in the bag and the Senior bond holders were to walk off with most of the equity in the Company, Norwegian Oil Group DNO decide to (advance) crash the party.

The announcement on Friday morning that DNO had made a $300m bid for the entire post restructuring equity of the Group is another kick in the shins for the Ord equity shareholders. Matters are becoming ever more complex as each party literally is at opposing positions to each other on the metaphorical chess board and so the Board cannot move one way in the interests of ALL stakeholders hence the limp RNS out of the company at the close of business on Friday. Put simply, DNO have check-mated the BoD and the non senior bond holders (of which I am one in holding the Convertibles).

In attempting to unravel the next steps let’s start with base principles. That is that most industry analysts would concur that the restructured group probably warrants an Enterprise Value of up to $1bn based on pro forma production and commensurate cash flows from the Shaikan fields. Many commentators and bloggers have been blind-sided by the Open Offer element of the restructuring proposals in which an arbitrary value of $250m has been put on the total equity of GKP. This is not the likely tradeable value post the restructure in the open market. What the $250m figure does is bona-fidedly (on management’s part) hand over a minimum of 65% of the company’s value to the Senior bond holders assuming the deal is voted through at the EGM next week and so under almost all scenarios make the senior loan note holders whole.

Basic valuation calcs (assuming a full open offer take up) result in $100m of new loan notes outstanding relative to approx $600m now (plus outstanding interest). With the equity being valued in recent months around £50m and the convertibles at approx 15c on the dollar (against a $325m face) the ex Guaranteed Notes value of the EV equation is thus @ $116m. The Guaranteed Notes were always going to likely receive back face of $250m in a liquidation and so the EV of GKP has recently been approx $366m. It is important to distress that this is based on the distressed state of the Company. Consequently, what DNO, cleverly, have done, is to hang their hat on the arbitrary $250m open offer ascribed equity value in looking to get an early opportunistic bid in before the market has the opportunity to revalue the stock back towards a more realistic (based on 23bn shares in issue) 2 – 2.5p per share which with the $100m of new debt gives a circa $1bn Enterprise Valuation. DNO are gambling that (a) the EGM votes through the restructure and (b) as 65.5% of the equity at a minimum will be in the hands of the Guaranteed Note holders, and given that they will receive c.61% of the par value in cash with the DNO bid and the balance of the original par in relatively liquid DNO stock quite aside from the $100m of new loan notes, that they will vote this no brainer through (on their part).

There is, in this game of chess, actually merit on the Ord Equity holders part in voting NO to the resolutions. This is not a statement I make lightly. Simply voting through the deal, even if they participate in the open offer will, for almost 100% of current equity holders from what I can see,  merely crystallise a loss for them. I suppose the veritable ‘turkeys’ really would be voting for an early Xmas. For example, let’s say that you were lucky enough to pay just 3p per share for your pre OO shares. On the terms of 20 for 9 at 0.82p per share your average on the total of 29 shares is approx 1.5p per share. Thus you are still locking in an immediate loss of 0.5p per share and that is assuming you bought your original stake at 3p per share. For the very, very vast majority of Ord equity holders they will have, sadly I would wager, paid much, much more than 3p per share. In effect, DNO’s move has actually created a reason not to vote yes to the resolutions by the shareholders as they are to take a very large part of the post restructured Group’s upside away. What is the point in taking up the open offer on the current Ord shareholders part now?

So, what are the options here? The BoD have made clear that as the bonds are in default that if the deal is voted through that the Ord equity is probably going to be worthless anyway. The mechanism of the restructure proposals and the then likely majority vote (by virtue of the sheer voting power of the Guaranteed Note holders new equity) in favour of the DNO deal (absent a new offer from another bidder) at least gets them some (very tiny) crumbs at the end. What nobody has accounted for here though is that as a good proportion of the shareholder register is now in “retail” hands, that old chestnut of investor psychology (assuming inertia that is typical in these votes doesn’t occur) – in effect pure bloody mindedness along the lines of “I’ve lost 99% of my money what’s another 1%” could prevail. For what it’s worth, I still think the vote will go through purely on the basis of it being almost impossible at such short notice for a mass of retail stockholders to organise the votes to oppose the institutional votes likely in favour.

It is probably clear now why the Capital Group of Companies in recent days bought another 54m shares at just 1.09c – this gives them a very large (12% of the company) vote block. Coincidence? Call me a cynic.

To conclude, what Ord equity holders require is a secondary interested party OR the BoD to tell DNO that the bid undervalues the restructured company (they will need to put out a prospectus shortly and this will layout pro forma 12 months figures). A secondary interested party could be any number of companies including the likes of Genel that are just over the fence to GKP’s operations so to speak. One could speculate until the cows come home on a whole host of potential proposals but that does not change the facts of the here and now. At 18c on the dollar under pretty much all scenarios I still believe the Convertible bonds offer the value here – I would expect more than this to be repaid under an administration distribution, in the event of DNO deal being voted down post the restructure, the equity that the CB’s are receiving is likely to be worth the equivalent of 35-40c in new equity based on a 2.5p stock price and even with a DNO deal prevail the combined entity provides equity upside.

GKP’s reserves of 639mbbls of which 348mbbls are 2P WI Net to the company are likely worth around $3 bbl (2P and 2C – contingent reserves are actually just over 1bn barrels). Together with the circa $160 odd million back dollars owed by the KRG to the Company for prior shipments and the forecast 55,000 bopd production at a net cost of just $5bbl, the EV of the company is worth up to $1bn. DNO have been very clever in getting this offer in before a re-rate occurs, the jury is out whether GKP management are a match for them.

Rest assured that as events unfold we will update.

CLEAR DISCLOSURE – The author, who is a Director of Align Research Ltd, holds a personal interest in Gulf Keystone Convertible Bonds and is bound to Align Research’s company dealing policy ensuring open and adequate disclosure. Full details can be found on our website here (“Legals”).